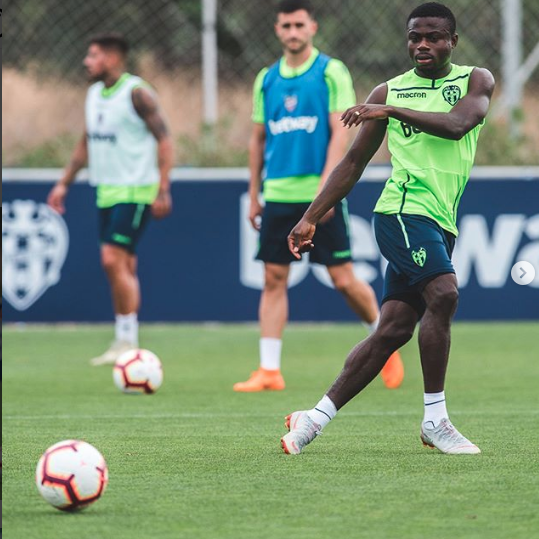 Super Eagles’ winger Moses Simon could make his first competitive appearance for Levante this weekend when they host neighbours Valencia at the Ciutat de Valencia Stadium on Sunday, AOIFootball.com reports.
Moses, 23, missed Levante’s opening two fixtures due to injury but is now set to make his debut after being named in the matchday squad for the first time.
“I will be on the bench for the local derby against Valencia on Sunday, hopefully, I will make my debut. I’m back and ready to contribute my part to the development of the team,” Moses said.
Levante will be aiming for their first victory at home this season, having lost at home to Celta Vigo last week by two goals to one.