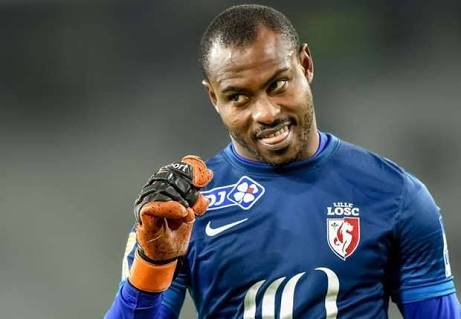 Former Super Eagles’ and Lille Metropole goalkeeper, Vincent Enyeama has revealed he is open to the possibility of remaining in the French League as he searches for a new club after being released by Lille, AOIFootball.com reports.

The 36-year-old joined the club in 2011 after a successful stint in Israel but fell out with the first team last season before his release on Friday, final day of the 2018/2019 transfer window.

A close source to the former Enyimba goalkeeper told AOIFootball.com that Enyeama wants to remain in France because of his young family.

“For now he will take his time before deciding on where next to play. He wants a new challenge and will look for another club in Europe. I think he will remain in France because of his young family,” the source revealed.

Enyeama joined Lille in the summer of 2011 from Israeli club Maccabi Tel Aviv making 164 appearances in the process. He also led the club to the final of the French Cup in 2016 where they narrowly lost to PSG.

Abdulquadir Adedapo - May 30, 2019
ALL CATEGORIES
SOUNDCLOUD