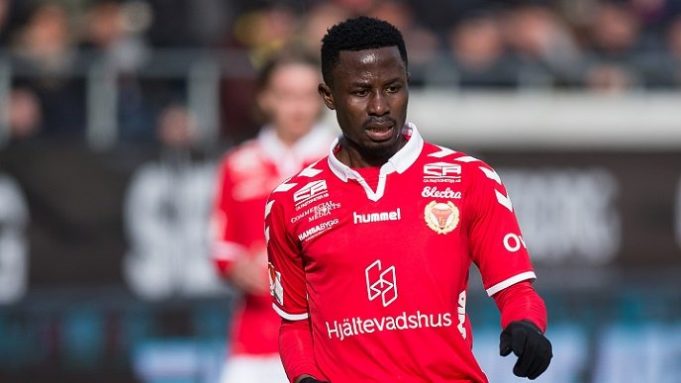 Super Eagles’ defender, Chima Akas has been named in the Swedish League Team of the Week after his impressive performance for Kalmer FF in their 1-1 draw away to IF Elfsborg at the weekend, AOIFootball.com reports.

The former Enugu Rangers player started his 20th consecutive league game by marshaling Kalmar’s defence as they ensured they earned a valuable point away from home, earning him a place on sofascore team of the week.

Akas was on for the entire match duration and had a game rating of 8.3, making 3 clearances, 4 interceptions, won 3 tackles and 9 duels. He also completed 83% of his passes and 100% dribbles.

Akas has started in all of Kalmar ‘s league game this season, averaging a game rating of 7.2, making 2.1 interceptions, 2.2 clearances, completing 71% passes, while and is yet to commit an error leading to a goal.