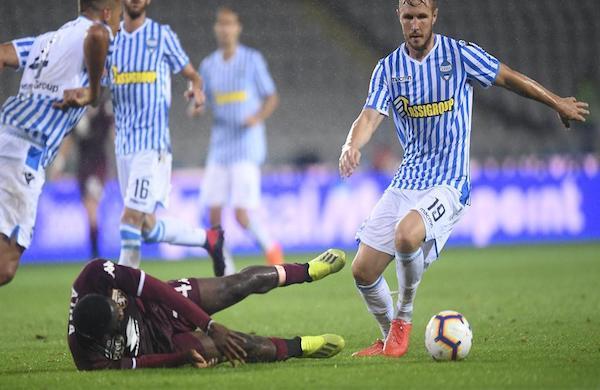 Super Eagles’ defender, Ola Aina has been ruled out of Nigeria’s upcoming 2019/AFCON qualifier against Seychelles after sustaining a suspected muscular injury with Torino at the weekend, AOIFootball.com reports.
The versatile defender was handed a recall after missing out on a place in the Eagles’ final squad to the World Cup in Russia and was expected to start the clash in Victoria, following the unavailability of Tyrone Ebuehi and Abdullahi Shehu due to injury.
However, reports in the Italy state that the player was withdrawn against SPAL on the closing stages after a muscular injury which has now ruled him entirely out of the must-win match, with the player understood to have further tests to determine the extent of the injury.
Aina, 21, has been capped 5 times by Nigeria and is already settling down well in Italy with Torino manager Walter Mazzari praising the Nigerian on his desire to learn and adapt to the Italian football system.

Onyekuru, Awoniyi on the scoresheet in Cup victories