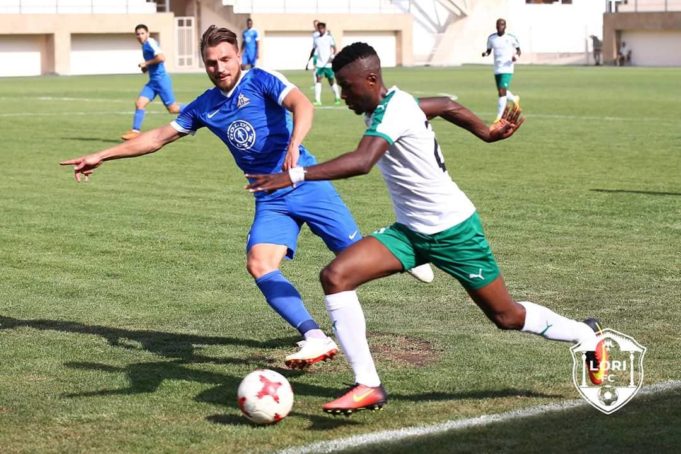 Former Plateau United FC attacker and the latest Nigerian export to the Armenian Premier League, Sunday Ngbede got a nomination over the weekend into the team of the week by the league organizers.

This followed an outstanding performance by the youngster in his first game for Lori FC on the road to Pyunik FC, after a successful transfer from the Jos based side over the summer.
The Benue – State born wing wizard registered an assist in the third minute of the game to give Lori FC the lead. He went ahead to get his first goal for the club two minutes later, as they thrashed their Yerevan based opponents 0-3.

The terrific attacker who was instrumental to his side’s victory in the game expressed appreciation to his team handlers for finding him worthy of service in the match and promised to always give his best when called upon, for the advancement of the club.
“I appreciate the technical crew for their encouragement, support and also finding me worthy to play a role in the game,” he said.

“I also wish to state I am always committed to giving my best in the club’s colours, to ensure that greater height is achieved,” he added.

Lori FC currently top the Armenian Premier League table with 13 points from six games, having won four matches, drawn one and lost one.