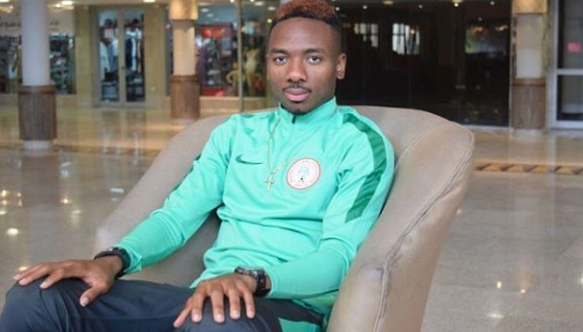 Super Eagles’ new boy Kelechi Nwakali is looking forward to his first full debut with the senior national team when they file out against Liberia in Monrovia on Tuesday, AOIFootball.com reports.
The 20-year-old was not listed in the Eagles 3-0 win over Seychelles but was included in the 18-man party to Monrovia as the team aims to make it back to back victories for the first time in 10 outings.
Having captained Nigeria to U-17 World Cup glory in Chile 2015, making 7 appearances, scoring three goals, he then featured for the Flying Eagles a year later, making four appearances before the team failed to qualify for the World Cup.
Nwakali then got his debut call-up to the national team last May, starring for the B team where he scored a fantastic goal when the Eagles lost 3-2 to Atletico Madrid in Uyo.