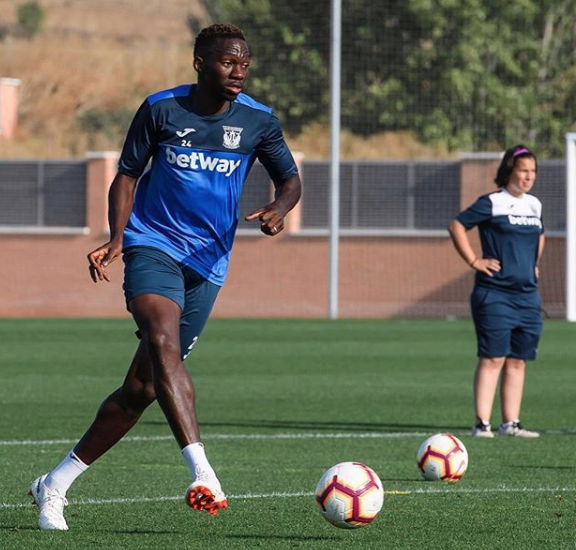 Super Eagles’ defender Kenneth Omeruo has returned to training with his Spanish club CD Leganes after being excused from Nigeria’s 18-man squad to face Liberia, AOIFootball.com reports.
The 24-year-old defender featured for 90 minutes in Nigeria’s 3-0 victory over Seychelles on Saturday but returned to training on Tuesday morning with a bid to earning his debut for the club this weekend against Villarreal.
Omeruo was on the bench for the first time in Leganes’ 4-1 defeat at the hands of Real Madrid, but the player will hope his early return from international duty will convince manager Mauricio Pellegrino to hand him his LaLiga debut on Sunday.
Leganes are currently 19th on the 20 team log, earning just one point from their opening three league games of the season.