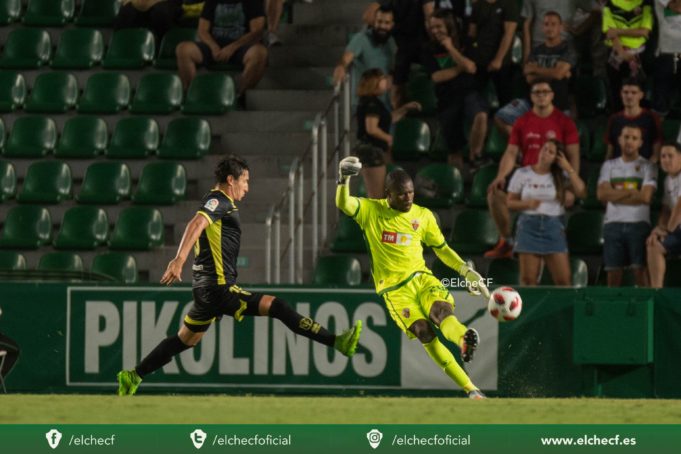 Super Eagles’ goalkeeper, Francis Uzoho could be set for his first league debut for new club Elche, following his impressive display against Granada in the Copa Del Rey on Thursday night, AOIFootball.com reports.

The 19-year-old shot stopper was in goal for Nigeria against Seychelles last Saturday, keeping a clean sheet in the clash before making his first competitive debut in the cup match, with Elche claiming a 2-1 win on the night.

The on-loan Deportivo La Coruna safe hands could now be handed his league debut on Sunday when 18th placed Elche host second-placed Mallorca as they target their first win of the season to move them off the foot of the table.

Uzoho made a big statement for himself after recording a game rating of 7.1, making 3 key saves, 2 punches and 3 clearances.