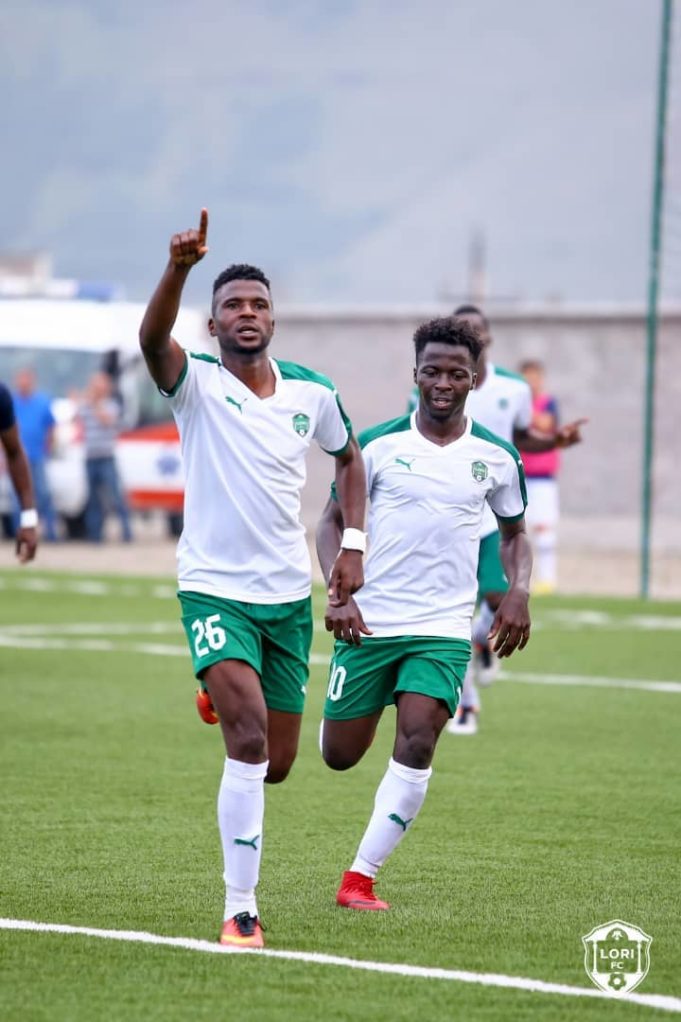 Lori Football Club of Armenia new recruit, Sunday Ngbede, has continued to take the country’s premier league by storm with his outstanding performance and a second goal for the club in as many matches.

The former NPFL star, who marked his debut with a goal and an assist just before the international break, decided to go an extra mile in Saturday’s game with a goal and two assists against bottom-placed FC Gandzasar-Kapan in the Armenian Premier League.

The fleet-footed attacker went straight to business in the early stages of the match, making a long cross-field pass in the 7th minute after taking out three opponents. The resultant pass was converted by Adjoumani.

He got his goal in the 67th, and provided the third in the 85th minute to earn him a “man of the match” status.

With all of his heroics, the youngster still believes he is yet to reach his full potential, stating that with technical support from the team handlers, his best is yet to come.

“I know that my best is yet to be seen, and with the encouragement from our technical crew, there are chances of continuous improvement,” he said.

Despite emerging man of the match, the former Plateau United FC winger was full of praise for his goalkeeper, Aleksandar Konov, insisting that the shot-stopper’s excellent and point-blank saves ensured a complete victory for the Yerevan-based club.

“Aleks was quite outstanding today. His wonderful saves and clean sheet made our victory possible,” Ngbede concluded.