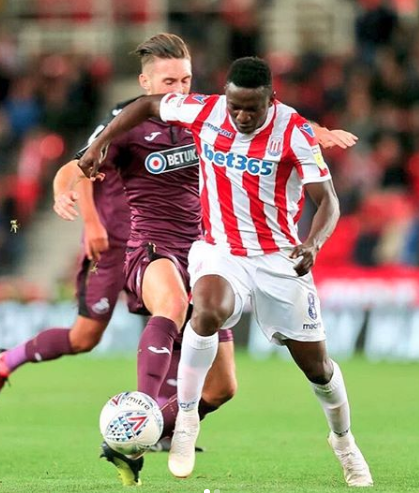 The Eagles’ midfielder started his 5th league game of the season and gave a good account of himself. He, however, picked up a yellow card in the 38 minutes, before Joe Allen’s strike earned all three points for the Potters.

Etebo was on for the entire match duration and had a game rating of 7.2, completing 76% of his passes, winning 8 duels and 100% of his tackles, as well as making two vital interceptions.

The win now moves Stoke City to 10th position with 12 points from their opening 8 league games, easing the pressure on Coach Garry Rowett.