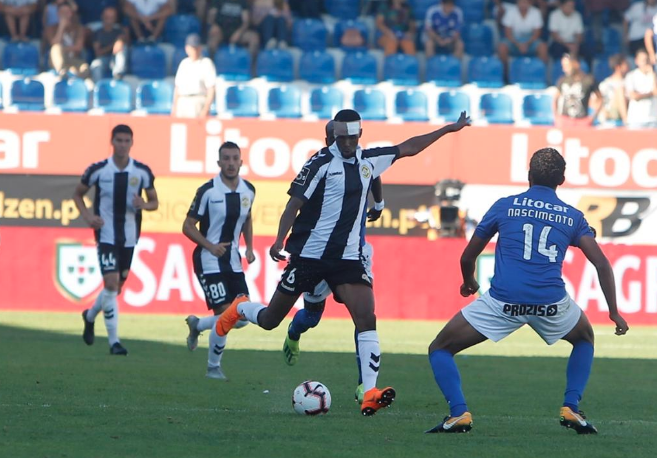 Super Eagles’ and CD Nacional of Portugal midfielder, Alhassan Ibrahim has expressed joy after picking his first Man of the Match award for Nacional in their hard-fought goalless draw away at Feirense, AOIFootball.com reports.
Alhassan started his 4th consecutive league game of the season, impressing in the clash as he helped the Premier Liga strugglers to earn a point which lifted them off the foot of the table.
The former Akwa United star was on for the entire match duration, earning a game rating of 7.8, completing 74% of his passes, winning seven of his 11 duels contested, making 5 interceptions and also winning four of his 5 tackles.
“Tough game for the team today. Would have been great to pick 3 points but the draw will do. We fought hard, I even have a few stitches and probably a nice scar to prove it!!! Picked up my first Man of the Match award. I thank God,” Alhassan posted afterwards.