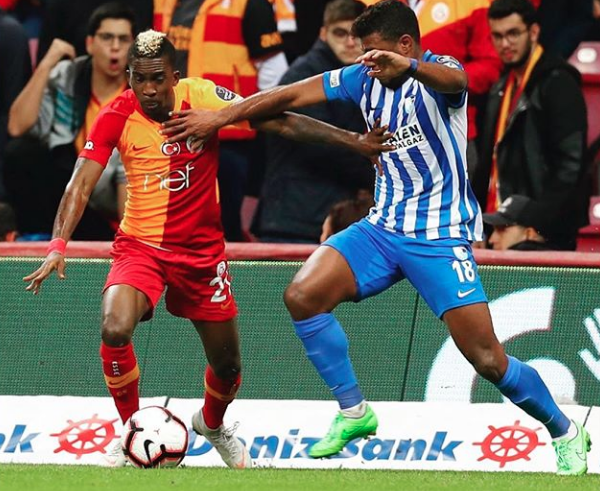 Super Eagles’ striker, Henry Onyekuru came off the bench to inspire Turkish champions Galatasaray back to winning ways, edging their stubborn opponents 1-0 at the Turk Telkom Stadium, AOIFootball.com reports.
Onyekuru who was named among the substitutes for only the second league game this season, watched on as the first half failed to produce any clear-cut chance with both teams heading into the half all square.
Onyekuru came on five minutes after the hour mark for Ryan Donk before defender Maicon gave Galatasaray the breakthrough heading home an Omer Bayram cross on the 74th minute to hand the home side all three points.
Onyekuru was on for just 25 minutes and had a game rating of 6.8, completing 70% of his passes, winning 100% of his tackles and also making one key interception.
The result, however, returns Galatasaray to the top of the standings with 15 points as they now turn their attention to Wednesday’s crunch Champions League clash away at Porto, hoping to solidify their early lead in the group.

Breaking: I would be in Egypt with Eagles, Mikel Obi confirms amid cheers