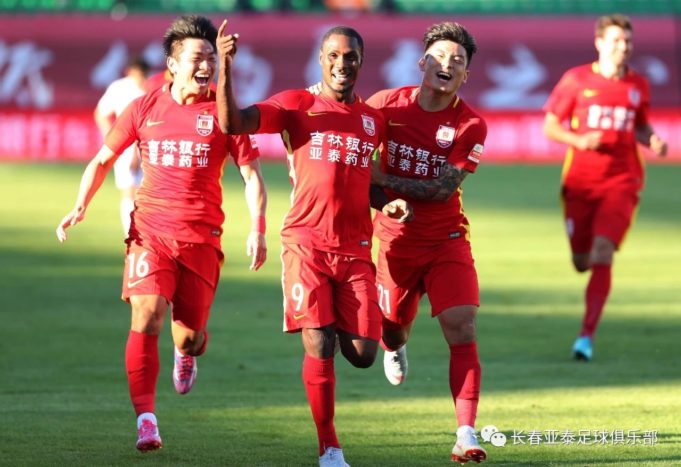 Super Eagles’ and Changchun Yatai forward, Odion Ighalo continued his quest to claim the top scorer award in China, netting his 18th league goal of the campaign in their 5-2 trouncing by Jiangsu Dining, AOIFootball.com reports.

Ighalo, who is just two goals shy of his best ever league tally of 20, spearheaded his side’s attack but an own goal from Jie Sun and Alex Teixeira strike put the away side two goals up going into the halftime break.

The second half started in the same fashion with Pengfei Xie making it 3 on the 54th minute before Ighalo won and converted a penalty on the 68th minute.

However, a late brace from Eder (78th and 88th minute) put Jiangsu 5-1 up before Yufeng Xiao converted a late consolation for the host to bring scores to 5-2, thus condemning Changchun to yet another home defeat.

Ighalo was on for the entire match and had a game rating of 7.6, completed 81% of his passes, won four of his 6 duels contested and was fouled on three occasions.