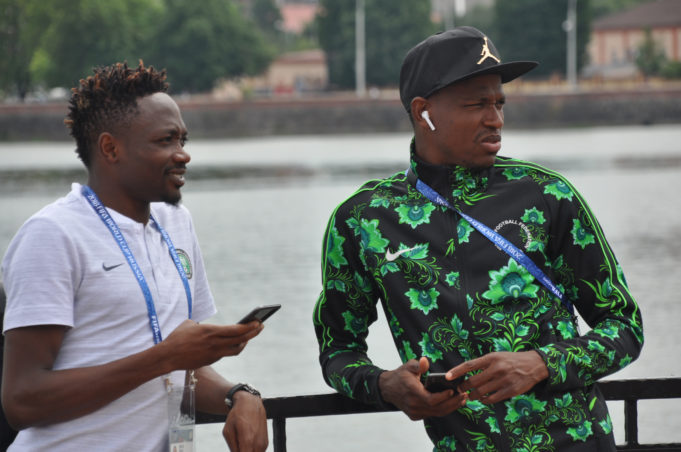 Super Eagles’ right-back, Abdullahi Shehu has expressed his delight after returning for next week’s doubleheader qualifiers against Libya in Uyo and Tunis, respectively, AOIFootball.com reports.
Shehu represented Nigeria at the 2018 FIFA World Cup in Russia but missed Nigeria’s matchday two clash against Seychelles due to injury, but has now returned to battle for a starting berth on the right side of the Eagles’ defence.
“Excited to back in the national team, the focus now is the double-header games against Libya. I appreciate the manager, my teammates and backroom staff for the love. Thank you all for the prayers during the injury period,” Abdullahi posted.
The former Kano Pillars star has featured for Nigeria 27 times, playing a pivotal role in the Eagles’ qualification to the World Cup in Russia. He also was a member of the 2016 Rio Olympic team that won bronze in Brazil.

It was a torrid time being away from football, says Kalusha Bwalya