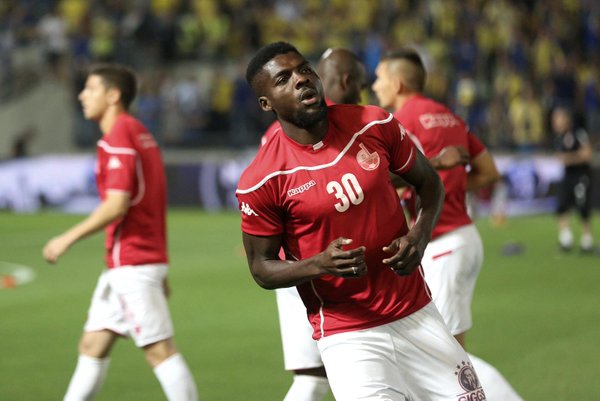 Super Eagles’ and Hapoel Be’er Sheva of Israel midfielder, John Ogochukwu Ogu, has called on the fans of the club not to be deterred in their support for their darling team after the club failed to win their fifth straight league outing this season, AOIFootball.com reports.
Be’er Sheva are the defending champions of the Israeli league but have had an extremely terrible start to the defence of their title, failing to win any of their opening five league matches (4 draws, 1 loss) with the club also crashing out of both the Champions League and the Europa League in the qualification rounds.
Ogu featured for all 90 minutes in Monday night’s goalless draw away at Maccabi Haifa and however urged the fans not to relent in their support as the team is working round the clock to ensure they begin to put smiles on their faces soonest.
“Another draw today (Monday); really sad about the results of late, but my concern is to our fans.
“Dear fans we feel you guys, we promise you we will work to get wins for you all. Thank you for coming out to support us. I love you guys from the bottom of my heart,” Ogu posted.
Champions Be’er Sheva will need to quickly rediscover their form as the club currently are in 11th position with four points after 5 games.