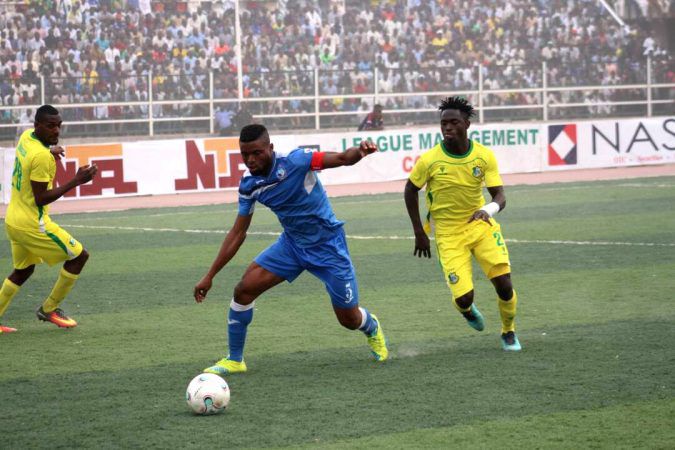 Two-time African champions Enyimba International will need a miracle to reach their maiden CAF Confederations Cup final after suffering a disappointing 1-0 loss to Moroccan side Raja Casablanca in Aba, AOIFootball.com reports.
In front of a jam-packed stadium in Aba, the People’s Elephant spunned series of chances to take the lead in the first half with both teams going into the break goalless.
However, the visitors from North Africa silenced the Aba crowed when Abdelilah Hafidi put them ahead three minutes into the second half via a low shot from a distance which somehow squirmed through the legs of Afelokia to hand them the away goal advantage.
Enyimba did, however, get a lifeline to level scores from the penalty spot in the 65th minute, but Stanley Dimgba blew it away, blasting his penalty way off target after a Moroccan defender had handled the ball inside the box.
The home team continued to chase the game thereafter, but they could not get back into the game to the disappointment of the fans at the Enyimba International Stadium in Aba.
Enyimba will now need a miracle in Morocco to go through when they travel to Casablanca for the return leg on October 24.