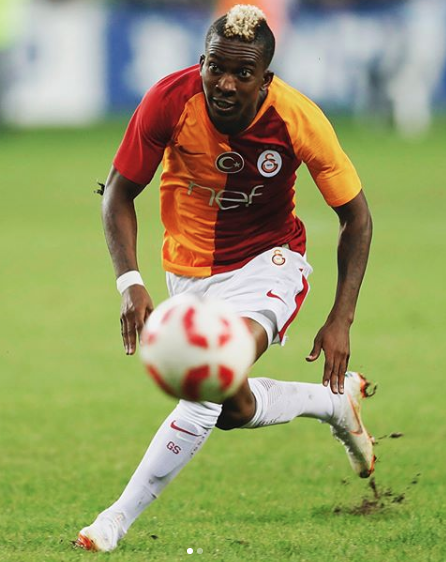 It was a mixed outing for Nigerian players in the Champions League match day two on Wednesday night with Henry Onyekuru, Bryan Idowu and Dennis Emmanuel all suffering defeats with their various clubs, whilst Chidozie Awaziem and FC Porto earned their first win of the season, AOIFootball.com reports.
At the RZD Arena in Moscow, Super Eagles’ left back Bryan Idowu started his second consecutive UCL match of the season, impressing on the left side of defence for Russian champions Lokomotiv Moscow in their 1-0 loss at home to German side FC Schalke 04.
Idowu played the entire 90 minutes of the match earning a game rating of 6.9, making 2 clearances, 1 blocked shot and 4 interceptions. He also completed 67% of his passes and won 5 of his 11 duels contested.
Whilst at the Estádio do Dragáo in Portugal, Super Eagles’ forward Henry Onyekuru suffered a slim 1-0 defeat at the hands of FC Porto who had another Nigerian Chidozie Awaziem rooted to the bench for the entire 90 minutes.
An early second half strike from Moussa Marega was all that separated both sides with Galatasaray dropping to third on the table after suffering their first defeat in Group D.
Onyekuru lasted the entire match duration and had an impressive game rating of 7.1, completing 70% of his passes, winning 100% tackles and also won 6 of his 11 duels contested.
Finally, at the Estadio Wanda Metropolitano, Belgium side Club Brugge lost 3-1 to Spanish side Atletico Madrid with Nigerian young star Dennis Emmanuel rooted to the bench for the entire 90 minutes.
A brace from Antoine Griezman and another from Koke gave Atletico all three points whilst Dutch-born Nigerian, Arnault Danjuma Guroeneveld scored the consolation goal for the Belgium side as they left Spain with their heads high after putting up a spirited performance.

Aminu Umar on target as Osmanlispor edge past Bursaspor 2-1