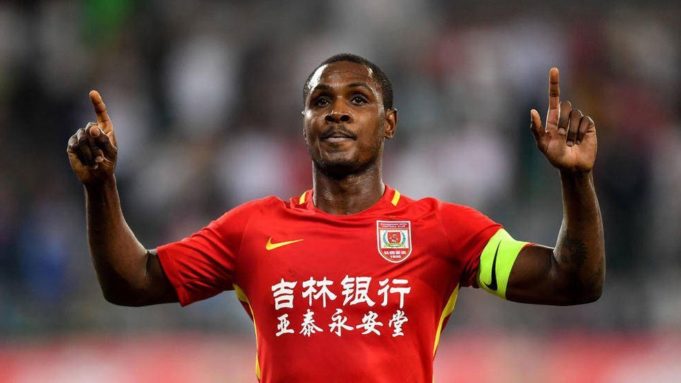 Ighalo has been in superb form this season for his side and he opened scoring after 11 minutes when he swiftly converted from an Adrien Mierzejewski pass to put the visitors ahead.

Yan Zhiyu doubled the visitors’ lead halfway through the first half before Brazilian Johnathan reduced the deficit on the 35th minute with Yatai going into the break with a 2-1 lead.

The second half resumed in almost similar fashion but it was the home side that drew first blood when Jonathan completed his brace to equalise for Teda, 8 minutes after the restart.

Gunning for his 20th league goal of the campaign, Nigeria’s Ighalo was fouled in the box five minutes after the hour mark, and he stepped up to score his seventh successive penalty to put Yatai 3-2 up.

The Nigerian was voted man of the match with a game rating of 8.3, 84% completion of his passes and 100% of his dribbles. He also won 5 duels and was fouled 3 times.

The draw leaves Changchun Yatai 10th on the log with 30 points after 25 matches. The Super Eagles’ forward will now turn his attention to Nigeria’s doubleheader AFCON 2019 qualifiers against Libya.