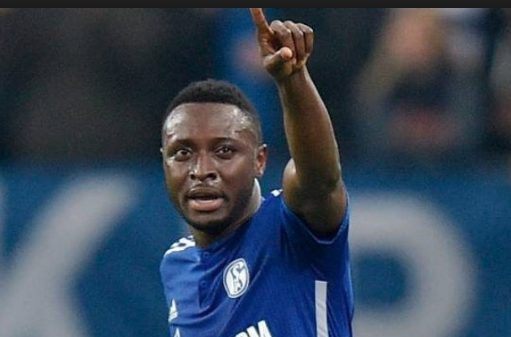 It was an entertaining afternoon in the Swedish Allsvenskan as both Moses Ogbu and Chinedu Obasi went head to head in a game involving IK Sirius and IF Elfsborg, AOIFootball.com reports.

In what was a competitive first half display, the away side raced into a two-goal lead from an own goal caused by Tim Bjorkstrom in the 11th minute before Obasi scored his third goal of the season from twelve yards to double his side’s lead.

However, Moses Ogbu’s individual effort after 34 minutes halved the deficit before Chester Gustafson equalised for Sirius just on the dot of half time.

The second half was, however, a one-man show as Nigeria’s Ogbu stole the moment, first setting up Mohammed Saeid two minutes after the hour mark to put the hosts in front before completing the turnaround 10 minutes later when he scored his second and Sirius’ 4th to record a resounding 4-2 victory.

Ogbu was substituted afterward to a standing aviation and he received the man of the match award with a game rating of 8.6, completed 74% of his passes and winning 3 duels.

Chinedu Obasi, on the other hand, had a game rating of 7.4, completing 80% of his passes, winning 5 of his 9 duels and completing 100% of his tackles.

REVEALED: How NFF and AITEO will work together