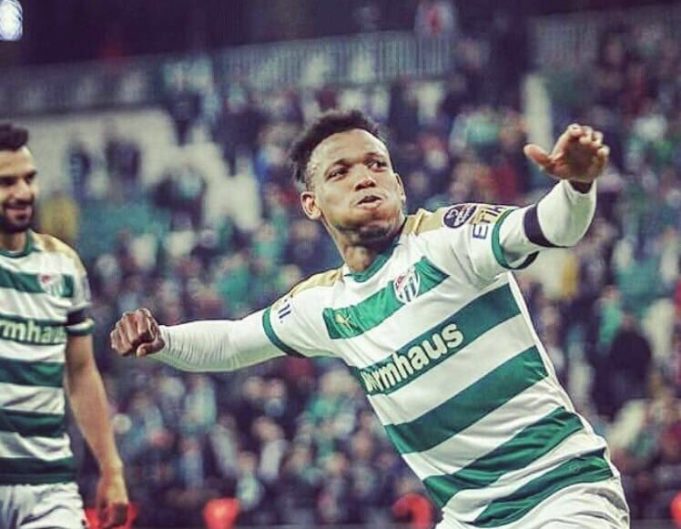 Super Eagles’ defender, Shehu Abdullahi returned to feature in his first Super Liga of the season, helping Bursaspor to earn their first win in a 1-0 triumph over Ankaragücü, AOIFootball.com reports.
The former Kano Pillars defender who has been injured for some weeks, impressed on the right hand side of the midfield as he continued from where he left off last season.
Abdullahi will also be making his Eagles come back against Libya next week and was on for the entire match duration, earning an impressive game rating of 7.2, completing 64% of his passes, 100% dribbles and created one big scoring chance.
He also won a game high 12 duels, made 1 clearance and 1 interception to deliver an all-round display.
“Important win! Just before the international break. This is for all @BursasporSk fans. We are back!!! #WeAreBursaspor,” Abdullahi posted afterwards.