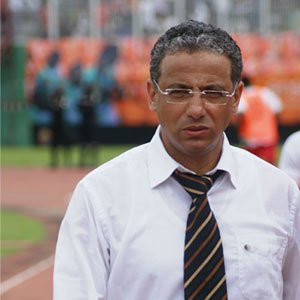 Ahead of Saturday’s AFCON 2019 qualification match, the Mediterranean Knights of Libya have been thrown into disarray with the news that head coach Adel Amrouche has quit following six months of unpaid salaries, AOIFootball.com reports.

Reports in the Libyan press revealed the coach left the team’s camp on Tuesday, less than 48 hours before they are to arrive in Nigeria for the clash at the Nest of Champions in Uyo on Thursday.

Meanwhile, sources close to the Libyan Football Federation (LFF) said earlier that there had been a request by players and some of the management personnel lodged at the LFF to meet and discuss the possibility of sacking Amrouche for his “random coaching.”

Other sources close to the LFF’s Chairman Jamal Al-Jaafari denied such a request, saying Amrouche was upset at the delay of his salary payments and he went to Tunisia to solve the issue.

Amrouche himself spoke after the news had broken, saying the LFF is very negligent and has not paid him for six months now, pointing fingers at players and his Libyan assistant Omar Al-Maryami.

He also said he was mistreated along with his Algerian assistants, who have been refused payments by the LFF – telling him to pay them himself.

Meanwhile, Libyan Omar Al-Miryami will lead the team out against Nigeria on Saturday and will also take charge of the return fixture in Tunis next Tuesday.

Libya are currently top of Group E with 4 points, level with South Africa but have a superior goal difference whilst Nigeria remains third with three points from their opening two games.