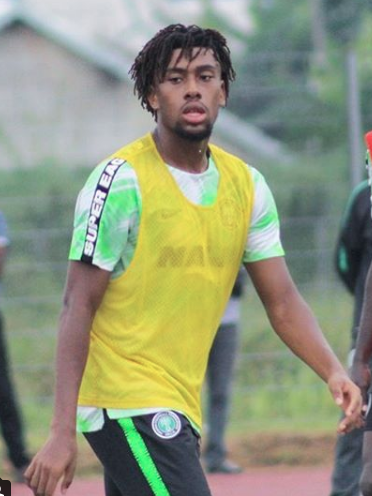 Ahead of Saturday’s must-win clash against the Mediterranean Knights of Libya, the father of Arsenal star, Alex Iwobi, Mr. Chuka Iwobi, has warned the Gernot Rohr led boys not to underrate their opponents if they are to come out victorious, AOIFootball.com reports.
Iwobi, who was speaking after the Eagles’ first training session, also praised the team’s fans for always supporting his son whenever he is on national duties.
“Libya played a draw against South Africa so it shows they are a good side. I’m sure the coaches and officials are putting everything in place to ensure victory on Saturday. The team is preparing hard and they are not taking them for granted.
“Well, for Alex, it’s like a dream come true to always play for Nigeria. He is well loved by the fans and he also feels the same about them, so that makes me proud,” he concluded.