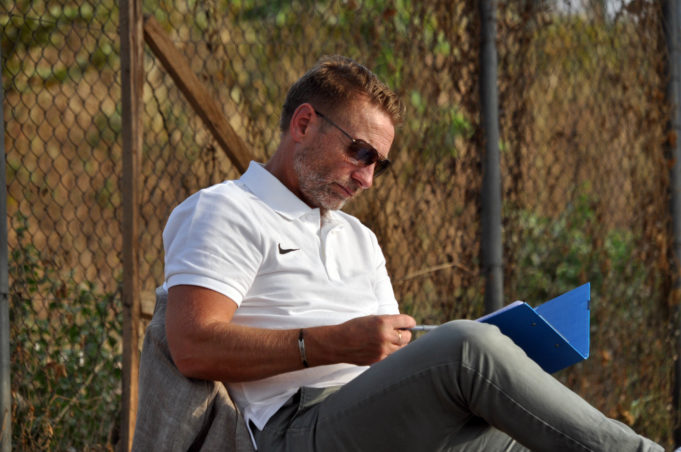 *Team to camp in two phases
Ahead of the 11th edition of the African Women’s Cup of Nations tagged “Ghana 2018”, Coach of the Super Falcons of Nigeria, Thomas Dennerby has submitted the list of players for the camping exercise, revealing the team will be camped in phases before the final squad, AOIFootball.com reports.
The Swedish tactician will be aiming to clinch his first trophy with the team and revealed that the first phase of the camping, which is scheduled to end on October 28, would be solely for home-based players.
Successful players from the first phase will join overseas-based professionals for the second stage of camping, which is billed to begin on October 29 in Abuja.
Dennerby is expected to announce his final 21-player squad for the tournament before November 4, with the tournament kicking off on the 17 of November till the 1st of December.
With the tournament also serving as qualifiers for the Women’s World Cup in France next year, the Falcons will be aiming to defend the crown they won in Cameroon two years ago.