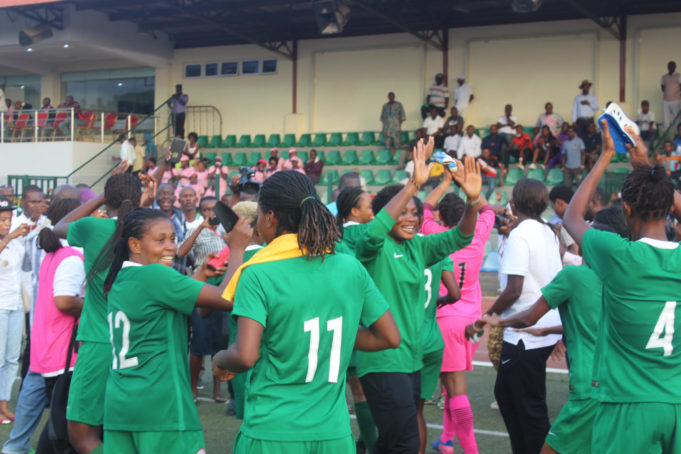 Ahead of the 2018 African Women Cup of Nations to be hosted by Ghana next month, defending champions Nigeria will begin their preparation on Wednesday in Lagos after moving the camp from Abuja, Aoifootball.com reports.
The Falcons where scheduled to begin camping in Abuja on Monday following the arrival of head coach Thomas Dennerby to the country at the weekend.
The team will, however, regroup in Lagos from Wednesday after Coach Dennerby submitted the names of invited players for the training exercise to the NFF.
The camping will be in two phases with the locally based lads expected to kick-start the first phase before the foreign-based professionals join the squad at the end of the month.
Having won the AWCON for a record eight times the Falcons will be hoping to defend the title they won in Cameroon two years ago.
The tournament also serves as qualifiers for the Women World Cup to be held in France next year.