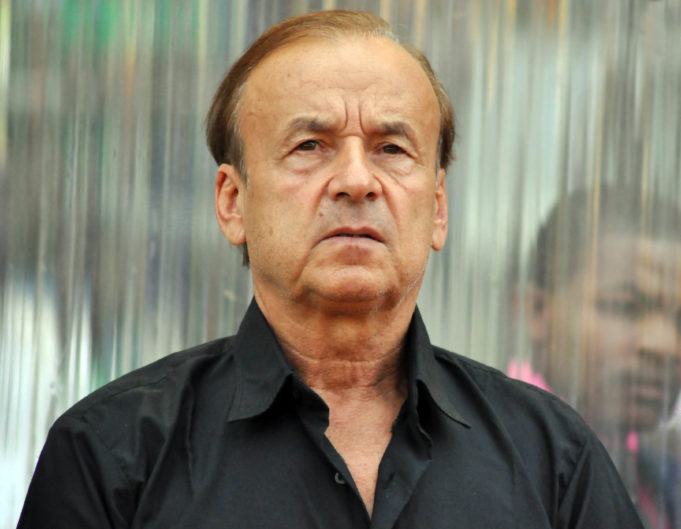 Super Eagles’ Coach Gernot Rohr has praised Libya for putting up a spirited fight against the Super Eagles, AOIFootball.com reports.
The Franco-German tactician admitted his lads were very nervous in Tuesday night’s encounter in Sfax, whilst also praising the Libyans for giving the Eagles a good run for their money.
“Yes it was a tough game; they had a good fighting spirit and didn’t want to lose after going down 4-0 in Nigeria. May be they wanted a revenge.
“When they scored the goals, they believed they could do it and our young team became a little nervous and lost concentration of the match but after they equalised we had the moral resources to score the third goal and win the match,” Rohr said on the team’s arrival in Abuja.
He further went on to reveal that the team will now shift attention to next month’s clash in Johannesburg as they look to seal their place in Cameroon next year.
“Mathematically, we are not in AFCON yet, but we have a very good chance because if we take one point from our two games it should be enough to see us through,” Rohr concluded.
Having defeated Libya home and away, the Super Eagles now lead Group E with nine points while South Africa drop to second with eight points. Libya are third on four points and Seychelles remain bottom of the group with just a point.

Infantino and FIFA Legends share thoughts on future of football

Staff Reporter - May 11, 2017
ALL CATEGORIES
SOUNDCLOUD