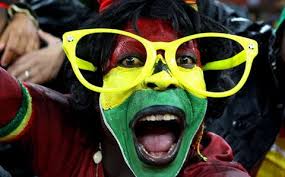 Despite being one of the powerhouses of African Football, the Ghanaian Football Association has pulled out of Africa’s inter-club competition for next season following the decision of the normalisation committee who meet with club owners and administrators on Friday in Accra, Aoifootball.com reports.
The Ghana Premier League came to an abrupt end in June this year following investigations by celebrated journalist Anas Aremeyaw Anas on Corruption in the Ghanaian game and domestic football has been dead since then.
Medeama SC, who were sitting atop of the league standings, expressed their interest in representing the country in the CAF Champions League whilst second-place AshantiGold as well as Asante Kotoko were eyeing the Confederations Cup slot but the Normalisation Committee maintained that no club will play in any CAF competition.
Ghana joins some minnows in Africa football like Comoros, Eritrea, Guinea Bissau, Mauritius, Sao Tome and Principe as well as Sierra Leone and Somalia who will not be making an appearance at next season’s CAF competitions.