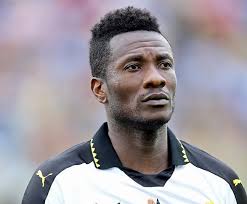 *Says he’s keen on leading Ghana to AFCON glory
Ghana captain Asamoah Gyan has again refuted reports that there is bad blood between him and Andre Ayew, saying that the media are the ones creating an unnecessary tension between both players, AOIFootball.com reports.
Gyan, who is Ghana’s all-time leading goal scorer, further urged the fans and journalists to shy away from such accusations and join hands to help the team lift the Nations Cup next year in Cameroon.
“Andre is my assistant in the national team so when we’re in camp, we talk about the team’s progress. He is my friend and there’s no friction between us. When I heard about him coming to Turkey, we spoke at length on a video call, I frequently speak with him. We do have a good relationship.
“It’s the press that’s creating the rivalry between us, these things create division in the team and it must be discouraged,” Gyan disclosed.
On the Nations Cup, and the Black Stars captain called on Ghanaians to rally behind the team as they aim to end their 36-year Africa Cup of Nations trophy drought.
“This is the time Ghanaians need to come together to achieve a common goal. My main focus as captain of the national team is to win the AFCON. It’s been my dream since I joined the national team. I’ve been to two finals and several semifinals,” Gyan told Jefferies Sintim Koree on Zylofon Sports.
The West African giants last tasted glory in the African Cup in 1982 where they defeated host country Libya 7-6 on penalties.