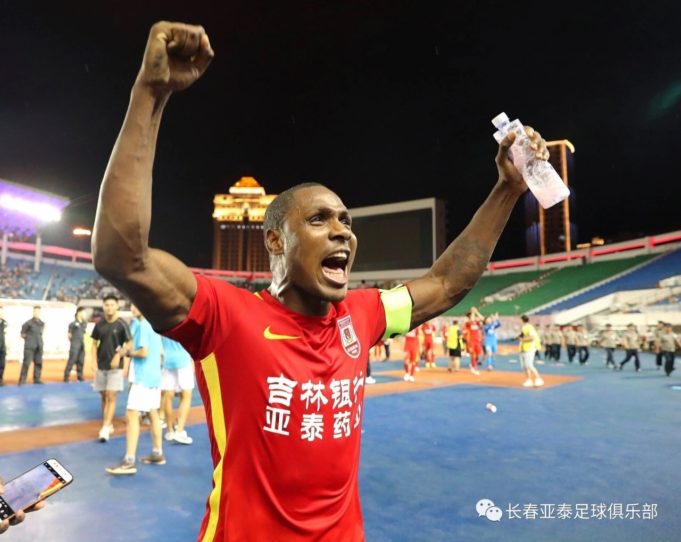 *Say he’s enjoying his time in China
Super Eagles and Changchun Yatai forward, Odion Jude Ighalo has revealed that only the right offer can make him leave China, as he is happy in his club despite media claims that he is keen on a return to Europe, AOIFootball.com reports.
The 29-year-old attacker, who was the hero for Nigeria in both legs of their 2019 AFCON qualifiers against Libya, told Aoifootball.com exclusively from his base in China that he is currently focusing on ending the season on a high.
“I said if a good opportunity comes I will check and move but I’m enjoying my time for now in China.
“The season is going on well for me and my team and we still have a couple of matches to end the season; we want to make sure we end the season on a high,” Ighalo added.
The former Watford striker, however, urged the media to get their facts right and stop misleading the public on issues regarding players’ transfers.
Ighalo is valued at €9 million and joined Changchun Yatai in 2017 from English side Watford. He has gone on to score 35 league goals in 52 appearances.