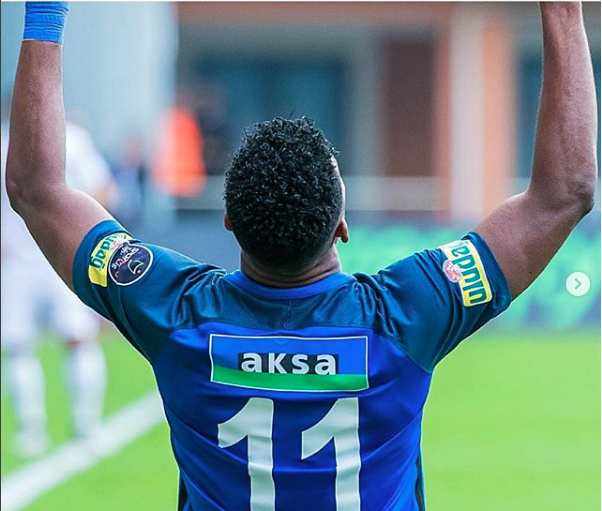 The former Esperance of Tunis forward started his eight league match of the season as both sides failed to break the deadlock with the first half ending goalless.

However, the home side turned the match to its favour with two quick-fire goals from the boots of Mahmoud Trezeguet (56) and Tarka Serbest (58) before Mbaya Diagne netted a brace in the space of three minutes (67 and 70) to put Kasimpasa 4-0 up.

However, Nigeria’s Eduok put the icing on the cake with 12 minutes of normal time left when he scored the fifth goal.

The Nigerian was withdrawn after 86 minutes, finishing with a game rating of 7.3, completing 79% of his passes, winning 100% tackles, four duels and also making one clearance.

The results lifts Kasimpasa to third on the Super Liga table with 18 points from 9 matches, one behind table toppers Galatasaray who have 19 from the same number of matches played.