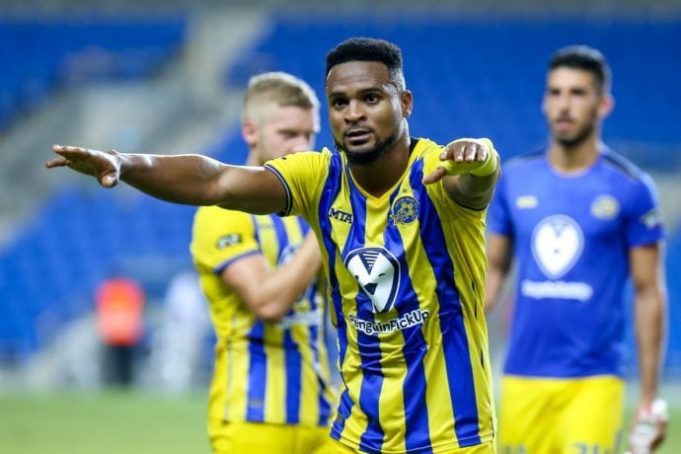 Nigerian international Chico Ofoedu continued his impressive start to life in Israel as he scored a brace for Maccabi Tel Aviv when they beat them mercilessly at home, Aoifootball.com reports.
The former Enugu Rangers forward, who was starting his third league game since joining from the Turkish League, opened scoring after seven minutes to put his side one goal up before completing his brace three minutes after the half-hour mark with Tel Aviv running into a two-goal lead.
Forward Eyal Golasa them made it 3 for the host, three minutes later as they went into the halftime break with a healthy 3-0 lead.
Desperately in search for a consolation goal, were Hapoel pushed forward in the second half was made to pay for their exposure in defence when Enric Suborit made it 4-0after 54 minutes, thus inflicting handing Hapoel their first loss of the season whilst Tel Aviv continued their unbeaten start to the season
The goal was Ofoedu’s third in just three league starts, while the win lift Maccabi to first on the log with 17 points from 7 matches.