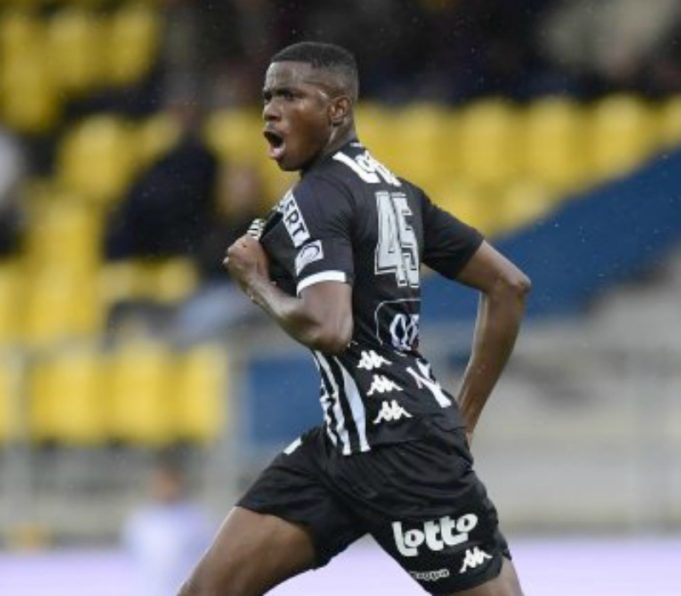 Nigerian international Victor Osimhen continued his impressive start to life in Belgium as he scored twice to help Sporting Charleroi to a come back win over Zulte Waregem at Stade du Pays de Charleroi on Sunday night, AOIfootball.com reports.
Osimhen who led the line for the fourth time this season was involved in the build-up to the first goal when Cristian Benevante strike from 30 yards was misjudged by the goalkeeper as the home side took a 1-0 lead going into the break
Zulte did however get themselves level in the second half when Hamdi Harbaoui converted from 12 yards in the 73rd minute to make it 1-1 before the Tunisian got his brace ten minutes later to put the away side 2-1 up.
With Zulte already dancing to the victory of an away win, Nigeria’s Osimhen struck on 86 minute to equalise for the host before rising up highest to head home the winning goal five minutes into added time, much to the joy of his teammates and fans present at the stadium.
The strike now means Osimhen has raked in four goals in his four league starts since joining from Wolfsburg whilst the win lifts Charleroi to 8th on the log with 14 points from 11 games played so far.