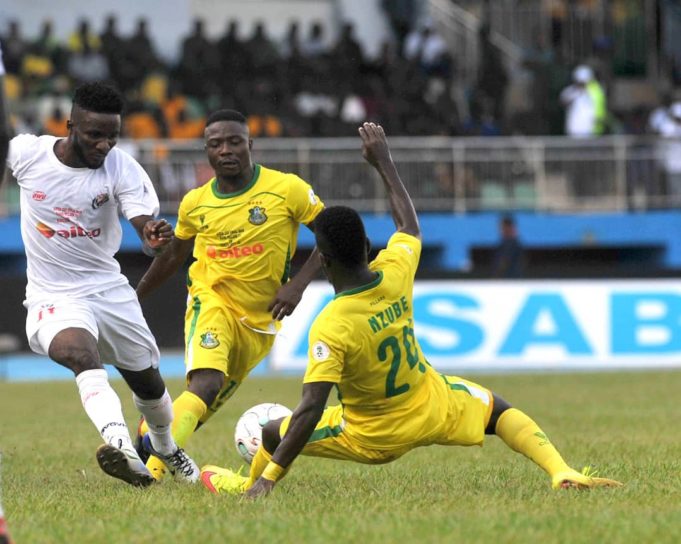 2016 NPFL champions, Enugu Rangers produced one of the greatest comebacks in football history to beat Kano Pillars on penalties at the Stephen Keshi Stadium in Asaba, Aoifootball.com reports.
Pillars began on a high note and deservedly took the lead as early as the fifth minute when inspirational captain Rabiu Ali fired them in front via a powerful shot from outside the box.
Alhassan Ibrahim later doubled Pillars’ lead in the 20th minute, nodding home from a corner, before Pillars made it 3-0 three minutes after the break when Nyima Nwagua converted to send their fans into a frenzy.
After a flurry of substitutes by the Enugu Rangers bench, Kelvin Itoya pulled a goal back for them in the 77th minute with a stunning shot that beat David Obiozor.
Former Golden Eaglets star, Chidera Ezeh tapped home the second goal from close range eight minutes from time, before substitute Ajani Ibrahim completed the comeback with a cool finish one minute into added time.
With regulation time ending 3-3 and both team had to be separated by penalties with Enugu Rangers completing the comeback to win 4-2, thus lifting their first Aiteo Cup and sixth Federations Cup.
Enugu Rangers will return to the continent to represent Nigeria with the Flying Antelopes flying the country’s flag at next years CAF Confederations Cup.