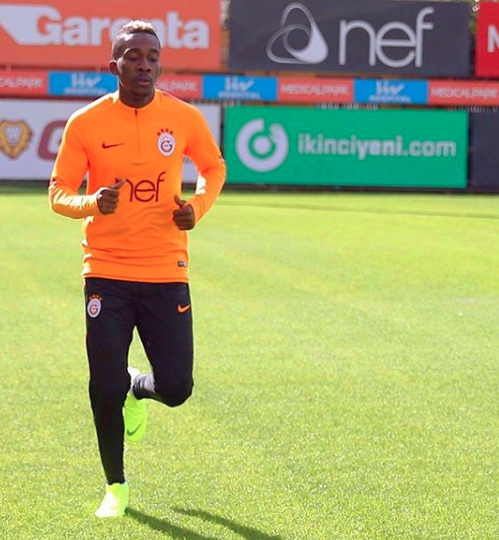 Super Eagles’ and Galatasaray of Turkey forward, Henry Onyekuru has returned to light training in time for his side’s clash away at Yeni Melatyaspor on Saturday, AOIFootball.com can authoritatively report.

The 21-year-old has been forced to sit out Galatasaray’s last two games after sustaining a hamstring injury prior to last Friday’s league clash at home to Bursaspor.

The Everton loanee was however pictured training on Thursday alone as they prepared for their weekend league action following their not too impressive goalless draw against Schalke in the Champions League on Wednesday night.

Coach Fathi Terim will be desperate to have the Nigerian back with his side struggling to win a game in his absence as they hope to build on their solid start to the league campaign.

Onyekuru has featured in 10 matches for Galatasaray this term in all competitions, starting 7 of those games and scoring twice.