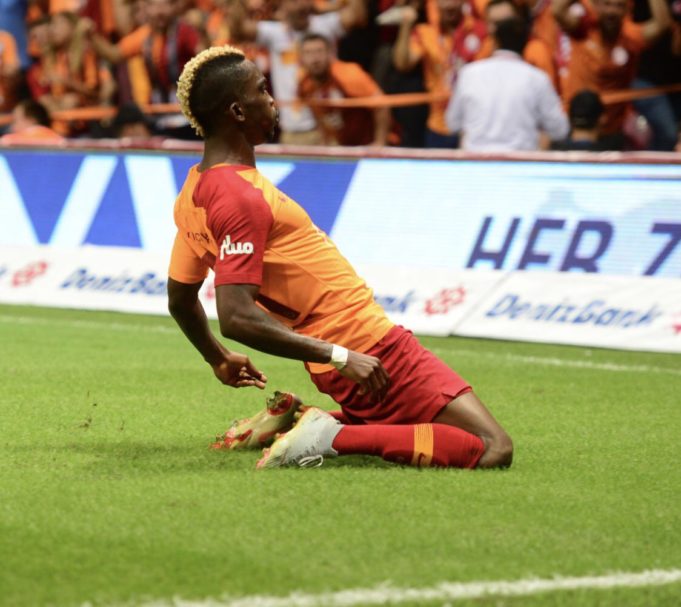 Super Eagles forward, Henry Onyekuru has confirmed that he has received a tempting offer from French giants Paris Saint-German as he seeks a permanent move away from Everton next summer, AOIFootball.com reports.

Onyekuru joined Everton two seasons ago from Eupen after a stellar debut season with the Belgian club, before joining Anderlecht on loan last season and Galatasaray at the beginning of this season.
A source very close to the Everton loanee, however, told AOIFootball.com exclusively that he will only move to the French capital if he’s guaranteed regular playing time, whilst also revealing interest from German champions, Bayern Munich.
“Playing for PSG will no doubt help me to develop further as a footballer, but at my age, I do not want to go to a club where I will struggle to get playing time because I need to play regularly to improve as a footballer,” the source revealed.
“For him, playing regularly will be my first motivation to move in the summer; already, Marseille are in contact and also there is an offer from Bayern Munich but I will just wait and see what the future holds for me,”
Despite playing in just his third season as a professional footballer, the 21-year-old has already netted 40 goals for club and country and will no doubt be a player for the feature with his proficiency in front of goal.