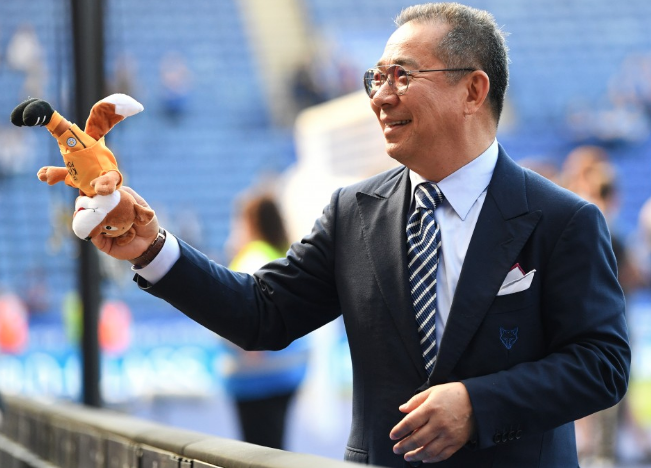 Tributes have been paid to Leicester City chairman Vichai Srivaddhanaprabha who died in a helicopter crash outside the King Power Stadium on Saturday, AOIFootball.com reports.

Part of those who have taken time to remember the Thai businessman are Super Eagles’ trio of Wilfred Ndidi, Kelechi Ihenacho and Ahmed Musa took time to praise the club’s departed chairman for his kindness and generosity.

“You were far too kind and supportive. Thank you for all you did for the club, for always encouraging the team and coming all the way to watch me play at the World Cup. Rest on sir #theboss,” Wilfred Ndidi wrote.

“May the good Lord accept your soul; rest on boss,” Iheanacho posted on Twitter.

“Someone special can never be forgotten; wonderful memories will live on forever. Death can never take a good man away in the hearts of people he inspired; the legacy remains and continuous throughout generations. He was a great man and father to many and may his soul RIP,” Ahmed Musa also wrote.

The 60-year-old Thai businessman was one of five people killed when his helicopter lost control and crashed in a car park following the club’s 1-1 draw against West Ham on Saturday.

Under Srivaddhanaprabha’s ownership, Leicester secured promotion to the top-flight in 2014 and, against odds of 5,000-1, won the 2015/16 Premier League title.