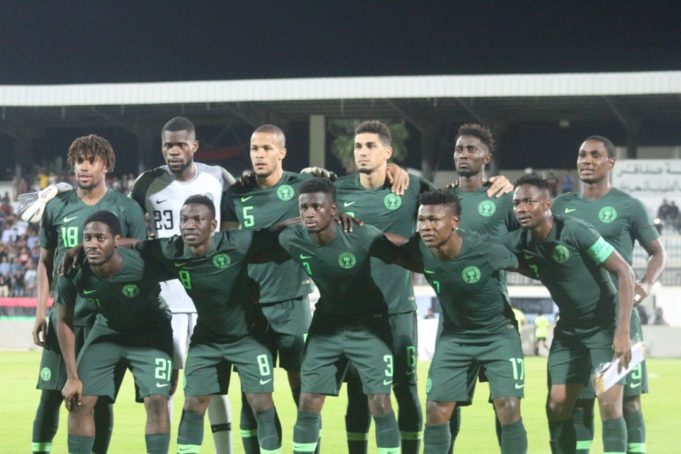 The Franco-German has also recalled in-form forward Victor Osimhen who has been banging in goals in Belgium, whilst midfielder Mikel Agu also returns to the squad for the first time after missing out on Nigeria’s World Cup party.

Midfielder Wilfred Ndidi, who is ineligible for the match after bagging yellow cards in the away matches against Seychelles and Libya, has however been left out.

The squad of 21 comprises three goalkeepers, eight defenders, four midfielders and nine forwards whilst the likes of Henry Onyekuru and Junior Lokosa are among the five players placed on standby.

There is however no place for experience duo of Mikel John Obi and Ogenyi Onazi who have both been surprisingly excluded with Rohr naming a very young squad for both matches.

Nigeria tops Group E with nine points and battle second –placed South Africa at the FNB Stadium, Johannesburg on Saturday, 17th November in one of the match day 5 fixtures.

Victory in the top-of-the-table encounter will automatically send the Eagles to the finals in Cameroon, with the second ticket in Group E to be down to a fierce call between the Bafana of South Africa and the Knights of Libya.

The Super Eagles will fly from Johannesburg to Asaba on 18th November for the friendly with the Cranes of Uganda on 20th November.

All the invited players are expected to report directly to Asaba on Monday, 12th November.