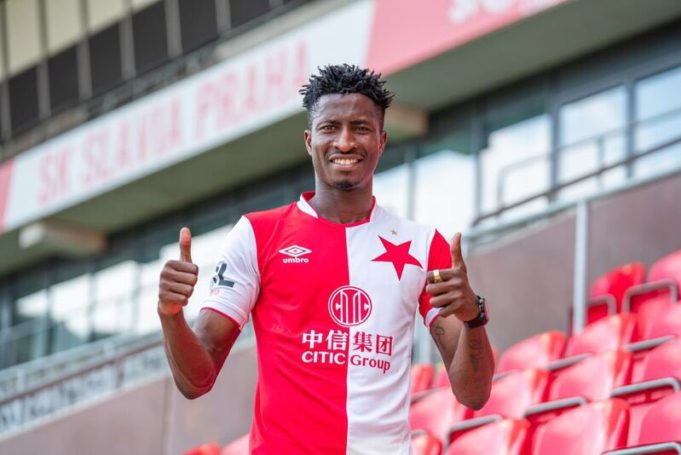 Nigerian international, Peter Olayinka scored his second goal of the season for new club Slavia Praha as they returned to the summit of the league table after dispatching FK Dukla Praha 4-1 on Monday night, AOIFootball.com reports.
Olayinka joined the Czech based club from KAA Gent in the summer and started on the left-hand side of the attack with a first-half strike from Vladimir Coufal and Miroslav Stoch all they needed to go 2-0 up.
Olayinka then added their third of the night, four minutes after the restart before Dukla reduced the deficit seven minutes after the hour mark from the penalty spot.
Slavia did, however, regain their three-goal lead when former Chelsea midfielder Miroslav Stoch scored his second of the night to hand them a comprehensive 4-1 win.
The win lifts Praha to the summit of the table with 33 points from a possible 39, two points ahead of Viktoria Plzén who have 31 points.