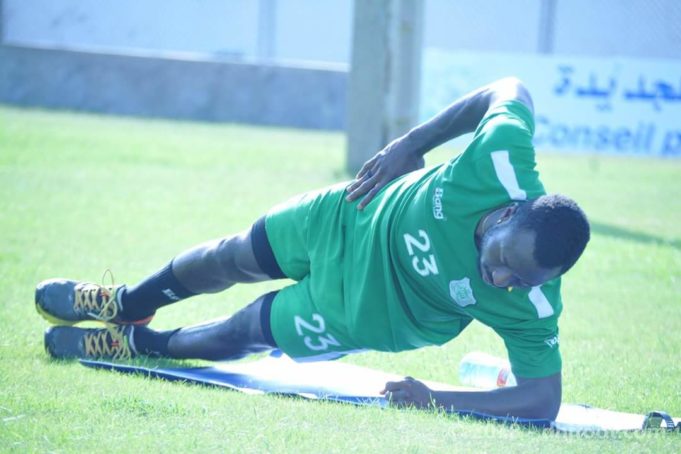 Contrary to media reports that Super Eagles forward, Anthony Okpotu will be out for five months due to an Achilles hill injury he sustained in training, AOIFootball.com can confirm authoritatively that the player only suffered a groin injury and will return to action next month.

The El Jadidi of Morocco player, who spoke to AOIFootball.com exclusively from his base in Morocco, quashed fake injury reports whilst revealing that he already started working with the club’s physiotherapist.

“I did not suffer an Achilles injury as widely reported in the media. I suffered an abductor groin injury and will return to action next month.

“Hopefully, I will return to full fitness soon because I have already started working with the physiotherapist,” Okpotu revealed.

The former NPFL hotshot joined El Jadidi from Lobi Stars in July and featured in both the league and CAF Champions League.