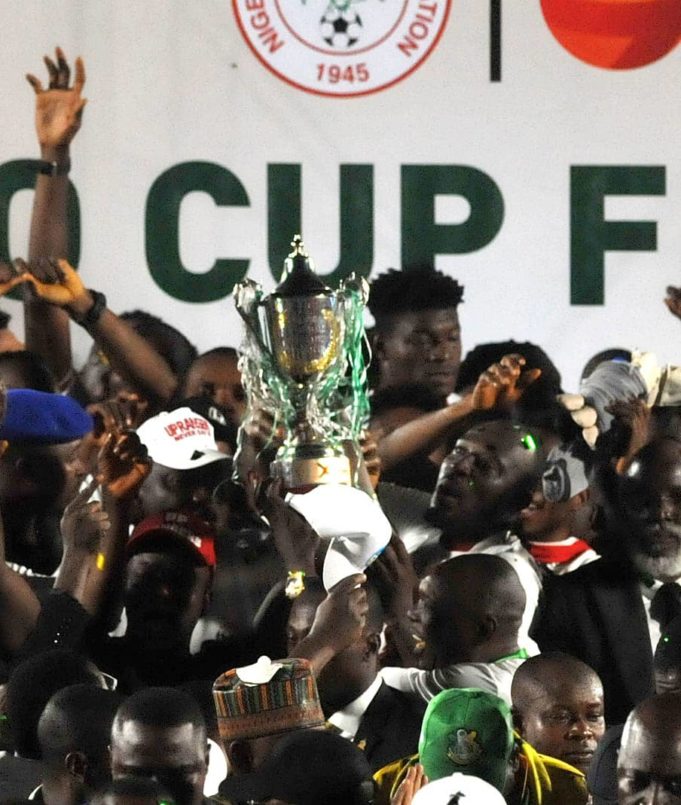 2018 Aiteo Cup champions, Enugu Rangers will be hosted by the number one citizen of the state on November 17, AOIFootball.com reports.
The Flying Antelopes produced one of the most remarkable performances in the history of the competition, coming back from three goals down to beat Kano Pillars 4-2 on penalties in the final to win their first Federations Cup title since 1983 and their sixth.
The team will also hold a grand trophy tour round the city on Friday the 16th of November before being hosted by the state government the following day at the Nnamdi Azikwe Stadium in Enugu.
Similarly, the players and officials are also expecting the Enugu State government to fulfill it’s 2016 promise to the team after winning the league title, with the players and officials still yet to receive the cash prizes and gifts promised by the state government.
By virtue of lifting the Federations Cup, Enugu Rangers will represent Nigeria in the CAF Confederations Cup next year and will hope to go one better than Enyimba which crashed out in the semifinals this year.

I hope to score plenty goals this season says Simon