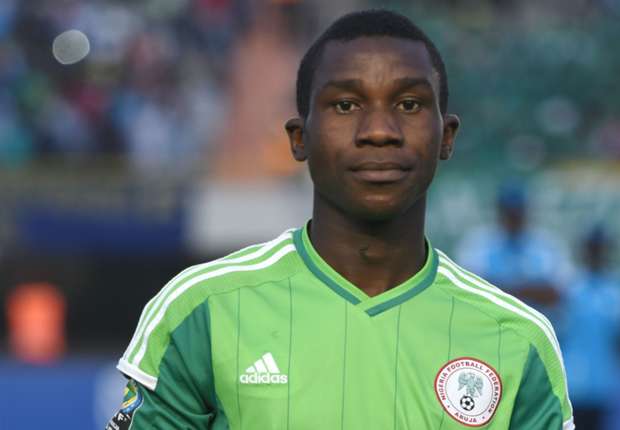 Former U-17 World Cup-winning midfielder, Ifeanyi Matthew, has revealed he still dreams of playing for the Super Eagles and will continue work hard to ensure he gets a recall, AOIFootball.com reports.
Ifeanyi, who now plays his football in the Norwegian League with Lillestrom, told AOIFootball.com exclusively that he will give his best if considered by the national team handlers.
“Playing for my country always gives me joy. I have played at both the U-17 and U-20 levels and also played at the CHAN tournament in Morocco. It will be a thing of joy to play for the Super Eagles again.

“I will continue to work hard for my club because I believe I have one or two things to add to the national team if the opportunity comes my way,” Ifeanyi Matthew said.

Tagged as Nigeria’s best player at the 2016 CHAN tournament in Rwanda by then coach, Sunday Oliseh, the 21-year-old will be hoping to follow in the footsteps of recently invited Samuel Chukwueze who joins the list of players from the U-17 team who have all been invited to the senior national team in the last five years.
Having scored four goals with 8 assists this season, the attacking midfielder will be looking to steer his club out of relegation waters with just three games to the end of the season.