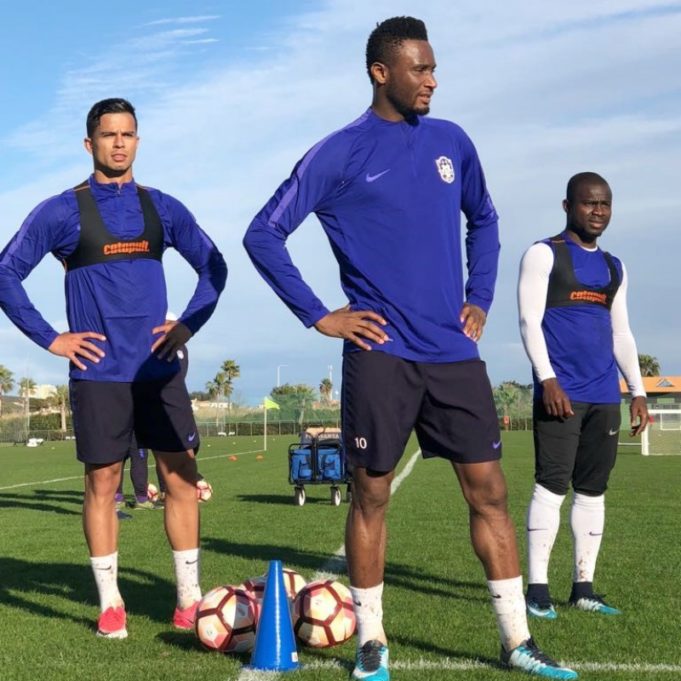 Super Eagles’ Skipper, Mikel John Obi has been ruled out for the remainder of the Chinese Super League season after picking up a muscle injury in training, AOIFootball.com can authoritatively confirm.

The Tianjin midfielder, who missed his side’s weekend clash, will also miss Wednesday’s game at home to Dalian Yifang, including Sunday’s final game of the season away at Guangzhou Evergrande with Tianjin hoping to escape relegation.

The injury will come as a big blow for Tianjin coach Uli Stielike who will no doubt miss the services of the experienced midfielder with Tianjin Teda desperately looking for a win having gone their last 11 matches without a win.

Mikel told AOIFootball.com exclusively that he believes his side will beat the drop despite their poor run of form.

“We are in a difficult situation right now. We know the importance of the remaining matches. I’m solidly behind the team and I believe the guys will do the job on the pitch and ensure we remain in the top flight,” Mikel said.

Mikel has featured in 18 league matches this season, scoring two goals and also setting up another 2. He has, however, had physical and fitness issues since returning from the World Cup and has been limited to just 7 appearances compared to the 11 he featured in before the World Cup.