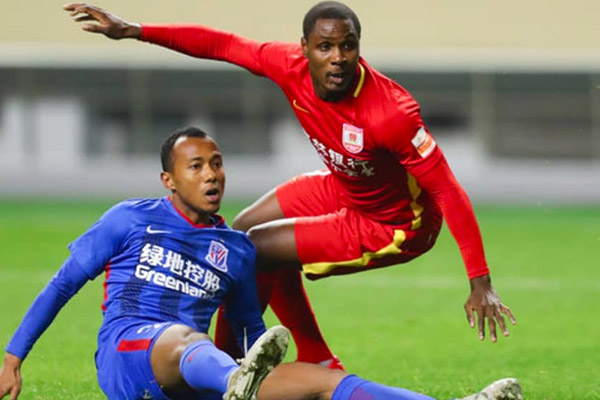 Super Eagles’ forward, Odion Ighalo became a major doubt for Nigeria’s clash against South Africa in Johannesburg after he was stretched in Changchun Yatai’s 2-2 draw against Tianjin Quanjian, AOIFootball.com reports.
The Tianjin captain started his 27th league game but was withdrawn after 17 minutes after picking up an injury and being stretched off.
Goals from Yongpo Wang and Alexander Pato put the visitors two goals up before a late fightback from Rui Yu and Long Tan ensured both teams had a share of the points at the final whistle.
Ighalo has been on form for both club and country and will now be assessed before Sunday’s final league clash with Changchun hoping to beat the drop.