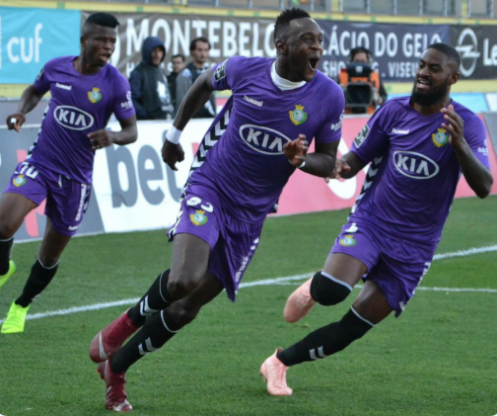 Super Eagles midfielder, Mikel Agu produced yet another complete display in the colours of Setubal as they returned to winning ways, defeating visiting Feirense 2-1, AOIFootball.com reports.
Agu, whose impressive form of late has seen him return to the national team ahead of next week’s clash against South Africa, started his fifth successive league match and his third victory for Setubal.
A Frederic Mendy strike after twenty minutes put the hosts in front before Cris equalised for Feirense 13 minutes later with both teams going into the half time break 1-1.
Setubal were however rewarded for their continuous pressure in the second half when a Nuno Pinto pinpoint cross was well met by Jhondar Cadiz to hand Setubal all three points.
Agu was on for the entire match duration and had an impressive game rating of 7.3, completing 74% of his passes, winning 100% of his duels and also completing 100% of his take ons.
He also won a game-high 9 duels, made 2 clearances and 4 interceptions to sign off into the international break in grand style.