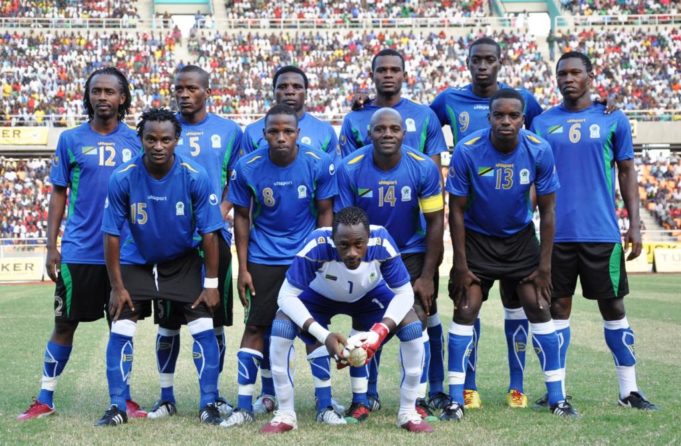 Former Super Eagles’ star and Head Coach of the Tanzanian national team, Emmanuel Amuneke, has said that he believes the country can qualify for 2019 AFCON as they prepare to take on Lesotho on November 18, AOIFootball.com reports.
Amuneke, who will be taking charge of his fourth competitive game since resuming duties as head coach, told AOIFootball.com exclusively from the team’s training camp in South Africa, that his players are beginning to understand how he wants them to function.
“The most important thing right now is that the team is beginning to understand how we want to function; they are beginning to understand that there is a big opportunity for them to qualify for the AFCON tournament next year and bring smiles to the heart of Tanzanians.
“The players are ready to assume responsibilities and we are privileged that the federation has been able to prepare a camp for us in South Africa which is very close to Lesotho,” Amuneke said.
The former U-17 World Cup winning coach, however, admitted that his team must be mentally and physically prepared if they are to reach Africa’s biggest competition next year when they file out against Lesotho.
“We are getting ready and prepared for the clash; we have studied our opponents and know their strengths and weaknesses which we are already working on ahead of the clash.

“Making it to AFCON next year will be a very huge success and we want to be part of that success,” the former Al-Khartoum of Sudan coach concluded.

Second-placed Tanzania travel to Lesotho to take on their hosts who lie bottom of Group L with 2 points.
A win for Amuneke and Tanzania will guarantee them qualification, provided third-placed Cape Verde fail to pick a point away at runaway leaders, Uganda.

Staff Reporter - May 23, 2019
ALL CATEGORIES
SOUNDCLOUD