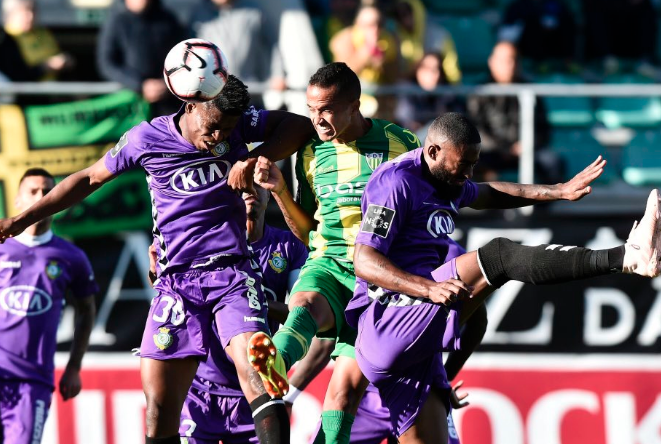 Super Eagles midfielder, Mikel Agu has continued to hit the headline since his deadline switch from Porto to Vitoria Setubal with the player being named as one of the best 11 players in the Portuguese League for March day 10, AOIFootball.com reports.
Agu was starting his fifth consecutive league match since joining in the summer and produced an amazing display which caught the eye of GoalPoint, a highly rated statistical data website in Portugal, praising the Nigerian for helping Setubal to a remarkable start to the season.
“Mikel Agu (Vitória FC) 6.5; the Sadinos are making a very positive season and, in a 2-1 home win over Feirense, Nigerian midfielder Agu was in all the action spots, with a shot on target, good passes and great competence in teamwork,” GoalPoint wrote about the Nigerian. 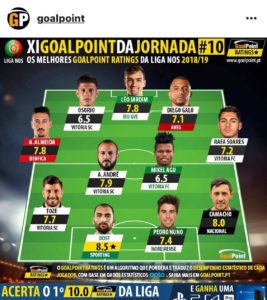 However, Agu did give a complete performance as displayed by another reputable statistical data website SofaScore, rating the Nigerian at 7.3, as he completed 73% of his passes, won a game-high 9 duels, made 2 clearances and 4 interceptions and also 100% of his dribbles and tackles.
Despite missing out of the World Cup party in Russia last summer, the 25-year-old has been a revelation on his second coming to Setubal as he has been ever present in all of their league games, suffering just one defeat in seven outings.
His impressive form, however, led to his recall to the national team ahead of the clash against South Africa and Uganda, with Agu is expected to battle it out with Oghenekaro Etebo and John Ogu for who anchors the Eagles midfield in Johannesburg.