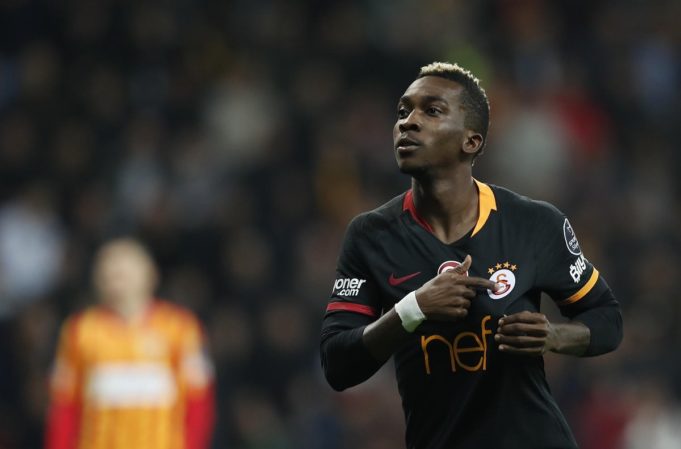 Super Eagles forward, Henry Onyekuru has continued to make the headlines in Turkey following his impressive display for Galatasaray against Kayserispor where he shrugged off his goal drought to score twice to lift his side to second on the league table, AOIFootball.com reports.
Without a win in five matches, the Nigerian gave the defending champions the lead after 22 minutes, coolly converting from six yards after being gifted the ball by the goalkeeper who parried a shot to his direction.
However, it was his second goal that drew comparison to Portuguese great Cristiano Ronaldo, with Turkish journalist Osman Senher praising the Nigerian for keeping his cool to score the goal.
Onyekuru first won the ball in the heart of the midfield before exchanging passes with his teammate. He then received the return ball, exploding down on the left flank, shrugging off his marker before expertly tucking the ball home from a tight angle.
“It was a game where Oyenkuru was officially exploded. My God, what a speed, what a tempo… He reminded me of Cristiano Ronaldo while playing in Real Madrid,” Osman Senher posted.
The Nigerian was named man of the match and has now scored four goals this season, five short of the nine he scored last season while at Anderlecht.