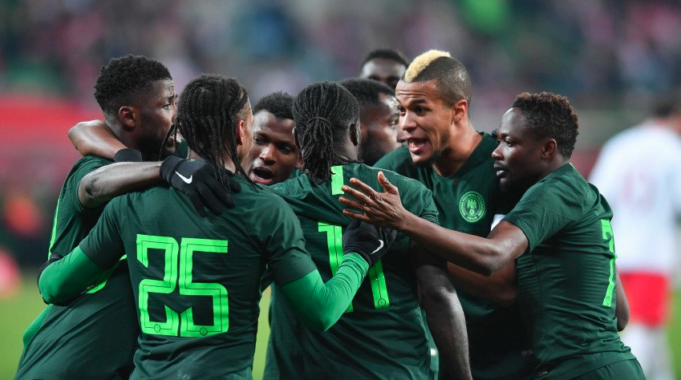 The Super Eagles of Nigeria have dropped to fourth in Africa but remained 44th in the world according to the latest November FIFA ranking, AOIFootball.com reports.
The Eagles dropped to fourth from third in Africa following the two draws recorded against South Africa and Uganda, with the later result sealing qualification for next year’s AFCON in Cameroon.
Similarly, Senegal leapfrogs Tunisia to top of the African standings with the Terranga Lions now Africa’s best ranked team in the World on 23rd position moving two position’s upward from their previous ranking.
Tunisia on the other hand go down four places to 26th, Morocco up 7 places to beranked 40th, with Nigeria 44, and Congo 49 completing the top five nations on the continent.
Meanwhile there was no change at the summit of the rankings with Belgium maintaining their number one position whilst world champions France remain second with Brazil, Croatia and England completing the top five ranked nations in the world.
The next FIFA rankings will be published on the 20th of December 2018.