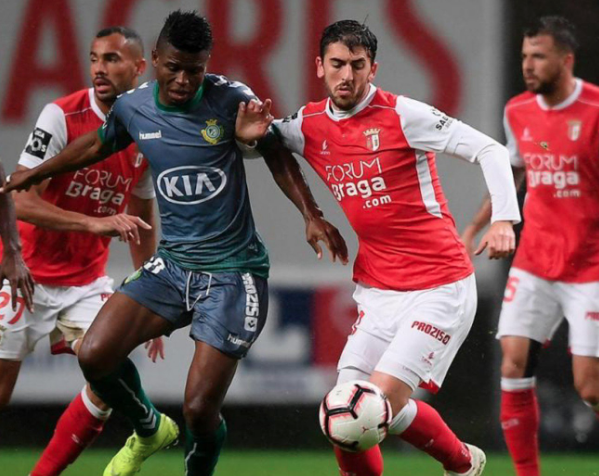 Super Eagles’ midfielder, Mikel Agu has expressed his delight after helping Vitoria Setubal into the Round of 16 of the Portuguese Cup following their 4-1 thrashing of Panafiel last weekend, AOIFootball.com reports.
Agu has been in superb form since joining the club on loan from Porto and he played a crucial part in the win and believes they can go all the way in the cup competition.
“It was a good win for us. I’m happy we were able to overcome them and get to the next stage of the competition. We will just wait and see who we will play next and them take it game by game,” Agu told AOIFootball.com from his base in Portugal.
The 25-year-old is still basking in the euphoria of his return to the national team and further thanked the Eagles’ handlers for believing in him again even as he promised to always give his best when given the chance to play for the national team.
The on-loan Porto midfielder has been a revelation for Setubal this season, with the club just losing once in all 8 games the Nigerian has featured in.
Agu was also the man of the match in Nigeria’s friendly against Uganda in Asaba as he marshaled the Eagles midfield against the East African nation.

Super Eagles to play England at Wembley on June 2