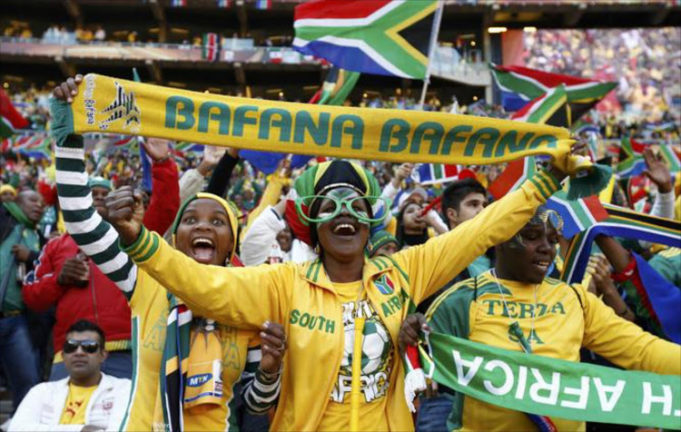 Football fans in South Africa are divided about their country’s to host the 2019 AFCON after Cameroon were stripped of hosting rights by CAF, AOIFootball.com reports.

South Africa Football president, Danny Jordaan had told the SAFA AGM in Sandton on Sunday, that CAF has asked the Association to seriously consider hosting AFCON 2019 but SAFA will, however, meet the Government first before making a decision.

However, many football fans in the country are of a different opinion as some are asking the government to reject the offer and allow the country qualify for the AFCON instead of going through the back door as hosts.

Insisting that the decision would be regrettable, they argue that it will only solve the country’s unemployment rate temporarily just like after the 2010 World Cup and the 2013 AFCON which the country hosted.

Others, however, backed the decision of SAFA, arguing that it would help keep busy the World Cup stadium’s which have been virtually empty since the country hosted the AFCON in 2013.