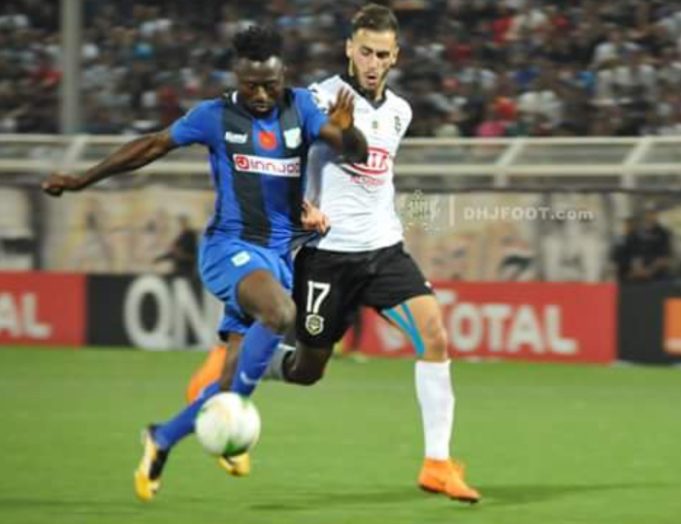 Super Eagles and Diffa Hassani El-Jadidi striker Anthony Okpotu has thanked the club’s fans for the warm reception he got after finally making his league debut, AOIFootball.com reports.
The former Lobi Stars forward returned from a four-month injury layoff to feature against Mouloudia Oujda on Sunday and told AOIFootball.com that he’s now fully ready for the challenge ahead and hopes to help the club win laurels.
“I’m happy to have finally made my comeback, the fans were happy and they applauded me when I was introduced which made me feel special.
“We have a game on Wednesday against Wydad which won’t be an easy one so I hope to get more game time in the match too,” Okpotu concluded.
The 24-year-old featured for El-Jadidi twice in last season’s CAF Champions League before picking up a groin injury which kept him out for the better part of his first few months in Morocco.

EXCLUSIVE: Precautionary reasons will keep me out of Seychelles clash, says Mikel

I’m up for a fresh challenge at Gijon, says Echiejile